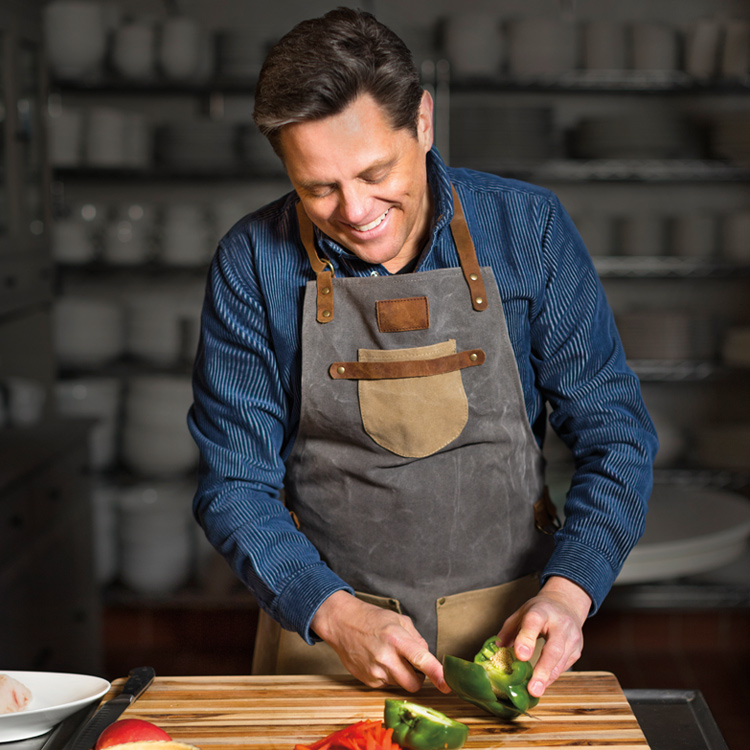 Terry John Zila has been experimenting in the kitchen his entire life. Twenty years in the restaurant industry has exposed him to a wide variety of cooking styles. In his private dining and corporate events and in-home cooking classes, he uses that culinary knowledge to create unique events. Whatever cuisine you might like, be it Asian, European or American cuisines, he can create the exact culinary experience you're looking for.

Terry is also the Chef Ambassador for Bosch/Thermador/Gaggenau appliance brands. This position allows him to utilize both his culinary and kitchen design background to bring his Chef-Driven Designer perspective to the BSH line.

In Minneapolis, Terry has taught at Cooks of Crocus Hill, Grand Fete and Mackenthun's Fine Foods for over a decade, and operates johnjeanjuan.com, a wedding cake and special occasion dessert business, Terry John Zila Catering and Sel et Terre, his monthly pop-up restaurant.

He has appeared on the Food Network's Bakers Vs. Fakers, DIY Network's Curb Appeal and appears regularly as a Food and Entertaining Contributor for ABC affiliate KSTP's Twin Cities Live, NBC affiliate KARE 11 News and CBS affiliate WCCO's Morning News. He is also a guest Chef on The Matt McNeil Show on AM 950 KTNF Radio.